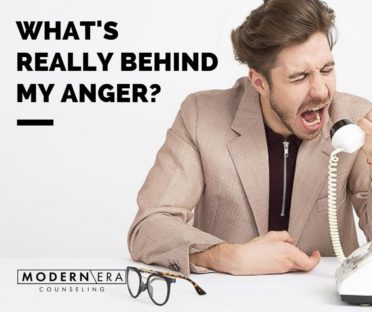 So, you’ve come around to the idea that you may have an anger problem.

It wasn’t the easiest thing for you to come to terms with—and a part of you may still be a little skeptical.

But lately even the small things are enough to set you off. And now more and more people in your life have been telling you (some more tactfully than others) that you need to get your temper under control. They keep saying it’s time for you to get some help, and you’re growing more open to that possibility.

Hell, if nothing else, it’ll at least get everyone off your back!

But is anger management really what you need?

There’s an important question we seldom know to ask ourselves when it comes to dealing with anger: What type of help do I really need?

I mean, do you need anger management classes? Individual counseling for anger management? Group therapy for people with anger problems? What about meditation or mindfulness?

OR,could it be that your anger stems from something else entirely?

Here’s the thing. Too often, when we see anger becoming a problem, we automatically assume anger is theproblem.

But is that always the case? Is anger really your core issue?

It may be. But then again, maybe not.

Sometimes anger is a symptom of depression

A 2014 study found that anger—both the overt kind and the kind we stuff down—is often a sign of depression. Some experts have even suggested that depression is itself a kind of self-directed anger.

These findings make a lot of sense to me.

Many people come to me for therapy wanting to address their anger, but when we start digging, we often find that their anger is a symptom of depression.

It makes sense, of course, why we so often struggle to see depression—even when it’s our own—behind anger and rage. These emotions simply don’t fit the image most of us have of depression.

You know the one. It looks something like this.

But other times depression can look more like this.

Why do some of us turn to anger when we’re really feeling depressed?

Well, for one thing, we have an easier time with feeling angry than we do with emotions like sadness and despair. In fact, this is one of the unique qualities of anger. When we’re angry, we don’t feel anything else. Not sad. Not tearful. Not hopeless.

When you think about it from this perspective, anger can actually play a protective role in our lives. In fact, I often encourage people who are trying to overcome their anger to start by befriending it. Give it a try. Rather than wrestling with your anger, thank it for all the times it’s helped you out by numbing those more distressing emotions.

Anger is also a more socially accepted emotion than sadness

There’s also a social piece to the link between anger and depression. Many of us grow up in households or communities where we learn to perceive depressive emotions as a form of weakness. And this is especially true for males. As young boys, we are socialized to view sadness and other similar emotions as a sign of weakness or as being unmanly.

Such toxic masculinity (let’s call it what it is) creates a kind of double stigma for males suffering from depression. There’s the general stigma around mental illness, of course. And then, on top of that, comes the shame and stigma around feeling and expressing sadness.

Is it really surprising, then, that so many males who are suffering from depression resort to the more socially acceptable emotion of anger?

In my view, this is seldom a conscious process. But for males experiencing depression, expressing anger can serve a dual purpose—hiding feelings of sadness from others, as well as from ourselves.

The good news is that you’re not alone, and you don’t have to go on hiding the way you feel. Counseling offers a safe space to explore and work through the emotions and self-beliefs that so often keep us stuck in old patterns that are no longer working.

Do you struggle with controlling your anger? Call Modern Era Counseling in Charlotte, NC today! Our Charlotte counselors will help you get to the bottom of your anger and change your relationship with anger for good.

Existential therapy: 5 things to know before you book that first session

Managing Panic Attacks after a Break-Up

Core Beliefs: What Role Do They Play In Anxiety and Depression?