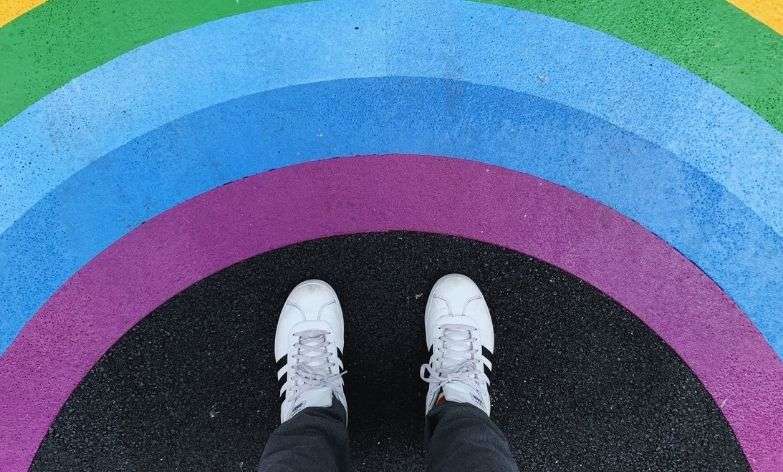 Face it. Despite huge advancements in our culture’s treatment and acceptance of the LGBT community over the years, it’s still VERY challenging to live as a member of that community in society at large.

Particularly, it’s difficult to grow up as a young gay, bi or trans person.

Many grow up in a weird world where an innately assumed secrecy is fostered regarding who they are as their true selves.

I speak from personal experience. I endured the unavoidable feeling of being ill-at-ease around people as I navigated what it meant to be gay and how to be genuine with the people I cared for regarding that part of myself. The sickening pressure to hide so much of ourselves because of fear – and sometimes shame – is something I call toxic secrecy.

If we’re honest with ourselves, as LGBT folk we have ALL experienced it in some form. It’s dangerous, it’s unfair to everyone involved and it can damage lives unless it’s identified and addressed.

Let’s talk about toxic secrecy, identify some of its hallmarks and how to work through it to be the truest, happiest versions possible of ourselves.

What is toxic secrecy?

Toxic secrecy feels like a weighty hindrance that stifles growth and the joy that is possible as well-adjusted LGBTs. Personally speaking, it robbed me of my happiness and destroyed potentially stable, meaningful relationships with partners and dragged once-strong ties with family members through the dirt as my mismanagement of it spilled onto everyone around me for years.

Let’s also make this point: toxic secrecy isn’t always a reaction to ACTUAL judgment and intolerance; sometimes LGBTs feel an (un)natural need to hide themselves away from what could possibly be an AMAZING environment with family and friends due to internalized fear or shame. It’s the very fact that we feel we HAVE to be so secret that’s the point. That’s what makes it toxic.

Toxic secrecy tells us that we should probably not be honest about ourselves with certain people. In my own life, as I grew up I never said the word “gay” around family. Whether it was for fear of being judged or feeling like I was errant as a human being by virtue of simply existing as a gay man, my basic behavior was strongly driven by this assumed need to hide myself.

If you want things to be normal, you have to MAKE them normal

For me, I always felt a freedom and openness around friends as opposed to family. It’s been my experience that most of my friends knew even before I acknowledged my sexuality to them. (Family members know…don’t get it twisted…but it’s an entirely different dynamic that I’m sure most LGBTs will find familiar. As they say, we get to choose our friends so choose carefully.)

This freedom provided an important opportunity to vent and reach out for emotional support from friends when I was struggling with honesty elsewhere. In the short run, maybe the secrecy offered temporary protection from having to reveal myself when I was unwilling or afraid but in the long run it turns out to be a terrible coping mechanism because it taints so many parts of our lives.

My family is very conservative and religiousIy active. They’re wonderful people that I love dearly, and they love me just as much. However, they couldn’t process the fact that they had a gay son for years. I remember when I told them (over dinner, no less) about my sexuality. They acted as though I’d never even spoken. If memory serves, the only thing anyone said was “Pass the potatoes, please.” What trauma to have born my soul in an effort to be vulnerable and honest only to have my words ignored! Hell, no wonder I withdrew into myself again and lived my life as secretly as possible as a means of emotional self-preservation.

Eventually, they came to accept me as a gay person and I’ve enjoyed being with my family and seeing them interact with guys I’ve dated in ways that made my heart leap with happiness. This was only possible because I eventually chose to live my life as honestly as possible with them. I realized that I was responsible for my own happiness and if I wanted it, I had to demand it – not shrink away and hide myself to avoid potential conflict.

Keep this in mind when you’re just trying to live a normal life as an LGBT person: if you want things to be normal, you have to MAKE them normal and the only way to do that is to disallow toxic secrecy to continue to poison your life. Let that marinate.

I hid everything in a sad effort to avoid dealing with the fear of being cast away by people I loved. When asked where I had been, who I was with, what I was doing (amirite?)…I always had a cover story. When you feel like you have to hide or lie about so much for so long it has a profound effect on mental and emotional health. I can still hear the voice in my head telling me I was obviously a shitty person because I had become a sad, scared liar. Constantly anxious. Always depressed. Forever empty inside.

Because I was so patently unhappy, it affected how I pursued intimacy: I was largely unapproachable because I looked like a miserable troll (ok, I was) and with that rejection came the assumption that I couldn’t find a partner (or hell, a hookup for that matter) because I truly believed I was physically heinous. Because I believed a lie that I had been telling myself for so long regarding my appearance – thanks, toxic secrecy – I decided I shouldn’t expect anything stable and wholesome out of a partner and that I should just take what I could get. (I’m lucky I didn’t end up with something Ajax couldn’t wash off with that mentality.)

In my case, it went even further. I was so utterly unhappy I began a struggle with substance abuse that lasted almost two decades.

This is the insidious nature of toxic secrecy: with every lie, with every fearful glance around the room to see if anyone noticed you checking out that hot guy or girl, with every damning word of negative self-talk the secrecy steals your personhood and your right to be happy and open and as emotionally healthy as anyone else. Unchecked, it is a thief with the key to the normalcy you deserve. In my case, it took YEARS to identify what was happening. The point, though, is that I did eventually identify it and I began taking steps to undo the years of trauma – to include the self-induced variety.

Where I found help – and you can, too

So, with the knowledge of how toxic secrecy works, what it is and the potential for emotional and mental harm, what resources are available to help us eventually gut the monster within?

Personally, when I got serious, I welcomed every conceivable form of help. I saw (and still see) a therapist. (I don’t understand why some people feel weird about therapy. Honey, my motto is that EVERYBODY could use a little therapy. Trust.) I relied heavily on friends to allow myself a safe place for expression and to verbalize my troubled feelings. I went to rehab and worked a program with AA and NA. I also see a psychiatrist. There are professionals who specialize in LGBT therapy and whose sole purpose is to help people through these situations. Organizations exist, as well, that work with LGBT youths and young adults. Eventually, I learned to lean in on truth – no matter how scary. Fear and secrecy nearly killed me, and I was damned if I’d let it win for lack of courage.

Keep in mind that just because we find strength in honesty it doesn’t necessarily mean all our issues are magically resolved, especially when it comes to acceptance from others. True emotional maturity shows us that even if some of our fears are realized and we lose some people in our lives because they aren’t comfortable with our truth THAT’S OK. It might hurt like hell, but we survive it. Our happiness is not contingent on other people’s acceptance. (Read that again.) Find yourself and honor yourself enough to demand your happiness and your right to be as open as the next person. Make no mistake about it: the ultimate reason toxic secrecy causes so much harm is that it is a literal muting of the self and the deferment of our wholeness. We all deserve better. You deserve better.

Social media anxiety: What it is, common signs, & how to cope

Is People-Pleasing Feeding Your Anxiety?